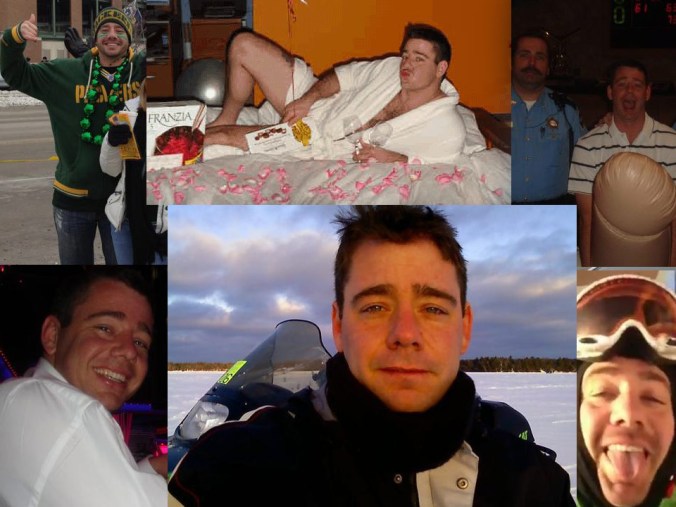 Since starting Dinar Vets he has written a couple of books.  The first was the one mentioned above (available on Amazon for $29.95), and the second was “Iraqi Dinar CASH IN Guide”, which is offered for free as it’s basically just a pitch for joining his VIP group for just under $17/mo.  In addition to the books and VIP group he has pitched an asset protection plan featuring offshore tax avoidance and OGIT (Operation Get It There), an unbelievable plan to move dinar to Belize undetected post-RV to avoid a hefty tax imposed by Uncle Sam on all of these new dinar bazillionaires.

Well now, all my cards are on the table with this latest podcast. At this point you should see that Sam is in the process of bringing his archives over. You should also see a new post from him on occasion. He has freedom to write about anything he wants to say. We are now equal partners in Iraq Currency Watch and now this is just as much his blog as it is mine. I think the merging of our two sites is a great mix. Hopefully many of Sam’s readers will be pleased with the results.

So now I give the invitation to all of Sam’s readers to subscribe. Actually, anyone who wants to can subscribe by clicking  the follow Iraq Currency Watch blue button to the right. By subscribing you will be informed whenever a new post or podcast is posted. Any email address that is provided is kept confidential and you will never receive advertisements! You will only be notified when Sam and I release a post or a podcast. You can also remove yourself from the list at any given time. Many great things are coming to Iraq Currency Watch. So if you enjoy the content you should join the hundreds of people who have already subscribed. It does not cost you anything to do this.

When I initially interviewed Sam for the Podcast we had 3 segments which became massive. So I decided to make each segment a separate podcast. I already posted the first two podcasts in my last post. Now we are releasing part 3. Some more surprises await. 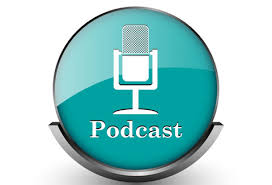 The podcast player may not display if you are using Apple’s Safari browser, but it will display in every other browser. This is a problem that is unique to the Safari browser. At this time we provide no support for this problem.

This page loads fine in every other browser and all aspects of the page are visible. Therefore we recommend that you view this site using a different browser. Chrome, Firefox, Internet Explorer, and the new Microsoft Edge browser all work well with this site and the Podcasts.

We recommend that you download one of these browsers for your Apple computer and use it in place of Safari. This is an issue with Safari. It is not a WordPress or an ICW issue.

Just a note of clarification, I could not remember the name of the document the government served SCG. I called it a when it fact it was a civil complaint. I am sorry about the confusion.

Sam’s blog identified many of the people who were lying about this investment. This was the reason for his identity. Since his site has closed down others have taken on his cause. Below you will see a video from our friend TNTBS. Much of this information is based on Sam’s research. He also adds his own research into the mix. TNTBS presents this information in an entertaining and amusing approach. 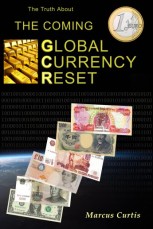 The Truth About The Coming Global Currency Reset

Recently I was able to connect with Sam I Am. He used to run a blog site called Dinar Douchebags. He exposed a lot of the hype regarding this so-called investment. He also researched and discovered the identities of many dinar gurus. These people did not want anyone to know who they were.

Sam not only revealed their identities but he exposed some of their past as well. Over time his blog received a huge following and he had a loyal fan base that read his posts. I was one of his fans as well. In my opinion he had one of the best dinar blogs on the internet. Then one day he decided to shut everything down and move on with his life.

Some of the same people that read my site also read Sam’s site. His readers are well informed and they made great arguments for any guru who would wander into the comment area. These guys are sharp, very bright and well informed readers.

So it was a sad day when Sam shut down his site. I understand the reasons and the need to move on. But Sam did a lot more than provide truth. He did a lot more then exposing liars. Sam was able to provide therapy to the many victims of this cruel hoax called the Iraqi dinar. His blog site assisted and helped people to move on and to put the dinar behind them.

Recently I was able to contact Sam and I sent him some questions. He answered the questions and sent them back to me. He interviewed me twice. I thought it was high time that I returned the favor. So without further ado here is the interview.

Questions for Sam I am

2.       What were the main things you believed about the Revalue?

Well, I was always a bit skeptical, but I got caught up in the mania.  I guess the thing that got me to really believe in it was the stories about people making big money with Germany and Kuwait’s currency, although I also fell for the gurus’ explanation about “removing three zeros means pulling in the larger notes so that they can raise the value”.  None of that was true, of course.  Lies!  All lies!!!

3.       Describe the moment that the lights came on? When did you realize that this was not going to happen?

It was a process.  I found out the truth about their money supply and Executive Order 13303 and things like that, but the one critical moment where my heart sank was when I read Wikipedia’s article about redenomination.  It said that it’s sometimes called “cutting the zeros”, which I realized was exactly what the CBI was talking about.  That’s when I realized that their currency reform plan was a redenomination and that the gurus were either wrong or lying.

I really don’t remember.  Maybe it’s because I wanted to feed people something that they didn’t want, like the truth.

Wow!  I really learned a lot.  Where do I start?  I learned not to invest in something without taking the time to understand it.  I learned a lot about currency, more than I wanted to know.  I learned about how easily manipulated people are, including myself.  I learned how widespread investment scams are, and how hard it is to convince people that they’ve been duped.  And then there’s the non-investment stuff.  I learned about blogging.  I learned about this whole conspiracy theory driven patriot movement that I never knew about.  And I learned some things about the law, too.  It was a real all-around education that only cost me the $1200 or so that I lost on the dinar, and I made that up and more with my blog.

6.       What are some of the things you learned from owning your own blog?

Blogging is pretty cool.  I enjoy writing and researching.  Now I’m going beyond where I was with the dinar and learning about CMS (Content Management Systems) and WordPress stuff.  With the DB blog I learned the power of the press, and citizen journalism.  I was just one guy (until you and a couple others came along) against all of the pumpers, dealers, gurus, scammers … etc.  I learned some things about internet marketing which enabled me to get my search engine ranking high enough to where people had to run the gauntlet so to speak in order to visit the scammer sites.  One person can make a difference.  That was a powerful revelation.

7.       What is your system for finding someone’s identity?

I’ll never tell!  LOL!  Actually it’s not that complicated.  It’s just time consuming.  The first thing you need to know is how to do advanced keyword searches to filter out the results you don’t want.  For example, if you want to know about where an accountant named Jorge Schwartz lived in 2009 you would type “Jorge Schwartz”, accountant, and 2009 into the search engine.  The quotation marks will eliminate all of the Jorge’s without “Schwartz” as a last name and all of the Schwartz’s without “Jorge” as a first name.  If you get too many results with the wrong years you could add -2015, -2014, -2013 … etc. to eliminate the years you don’t want.  Then you just go through whatever forums or posts associated with the person until you find some clues, and use those clues in your searches.  Sometimes I would listen to hours of conference calls just to find out what I could about the person I was investigating.  Sometimes people would send me stuff, which really made things easier.  Again, that’s the power of the press.  Once you’ve made your work known it kind of takes on a life of its own.

9.       What would you say to those who have supported you and your blog?

Thank you, Thank you, Thank you.  I couldn’t have had the impact I had without a community spreading the word, because the dinar sites wouldn’t allow links to my blog.  I would also say you were on the right side of history.  The extent of the fraud and the damage is now becoming very clear to most dinarians, and when it’s all said and done you can hold your head high while others are ashamed, embarrassed, or running for cover.

10.   What would you say is the most personal bizarre dinar story you have heard so far?

That’s like saying who is the strangest person in California!  The whole thing was a venture into the bizarre.  I guess what comes to mind first though, is the group hanging out somewhere in Reno, Nevada waiting on the RV, and then everything changed and they waited around for the GCR (Global Currency Reset) and their 800 numbers with their NDA’s (non-disclosure agreements) which prevented them from discussing anything with friends and family back home.  Some were there for over a year back in 2013.  For all I know they’re still there.

I would like to take this time to announce that starting with the next post I will begin to insert a Podcast into each post. These Podcasts will discuss global economics, and they will hit on the dinar. I believe that we are near the end of this thing. If that is the case then we are about to see who is right and who is wrong. We will see how the government deals with those responsible for ruining a lot of lives. I want to be able to talk about that in detail if for no other reason to say I told you so! Na not really…. Well maybe a little.

I want to insert personal observations about this whole mess we call the Iraqi dinar. Regarding that subject I have been hard at work on a new book about the dinar. This book will be available to everyone and the price will be free of charge. More details will come and you will be able to get the book at Amazon, Smashwords and other eBook merchants. More information about the book will be available soon.