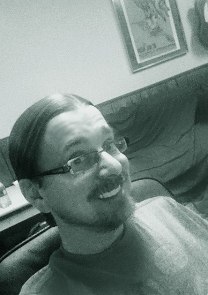 Chris “Chuckles” Earl was the owner of Dinar Dater, a site Marcus and I joined back in 2011 where people were free to discuss the dinar like adults.  Nobody was banned for discussing the lop or for criticizing gurus.  In time Chris and I became good friends and he became a great ally of mine in the war against the scammers.  In fact, he was the inspiration for the name of the Dinar Douchebags site.  His passing was a great loss to all of us.

Chris from January 2012 doing a call to a couple of banks to see about liquidity for dinar exchanges.

/.,
Chris doing a recording with auto tune just for fun.