102nd Show – B explaining how great things are in Iraq, saying that Hillary “Rodman” Clinton (no relation to Dennis I presume) was pleading with companies to do business there.

113th Show – Here Breitling “explains” how a redenomination (“lop”) only removes zeros from the paper currency, and the fewer zeros there are on the currency the safer your investment. The safest of course is electronic currency because it’s not paper. (In the real world redenominations affect all of the currency … paper and electronic, zeros or no zeros … the entire series is replaced by a new currency series in an even exchange. Breitling is just confusing people.)

Turkey vs. Iraq I  11/28/11 – Breitling “explaining” the difference between Iraq and Turkey regarding their currency reform

October 24, 2011 – B wrongly claims that Shabibi said they were going to pull in the three zero notes.  Shabs said that they would remove three zeros from the currency, which describes a redenomination (lop).

October 28, 2011 – B apologizes for saying Iraqis live off 2 dinar a day (after I pointed out that he was wrong)

November 7, 2011 – B offers the guru story about what Iraq is going to do … remove the three zero notes from circulation and issue new lower denoms to go along with the current lower denoms (50, 250, and 500).

Photos of Tony are hard to find.  Here’s a few I pulled off of his Facebook page.  Notice his sister back in 2011 saying she hopes he gets rich soon.  Apparently he wasn’t rich yet or she wouldn’t have said that. 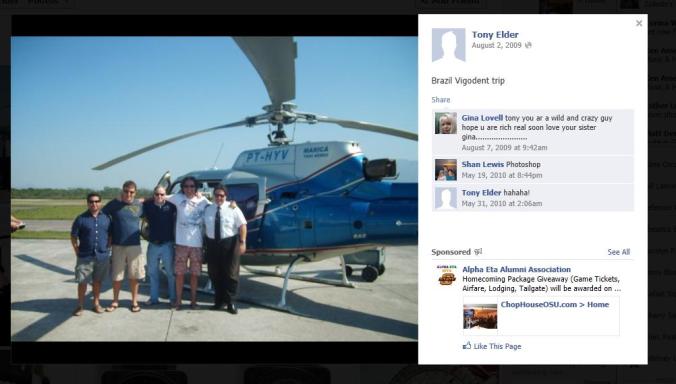