I hear repeatedly from gurus how we know the dinar will go up in value because of all the great things happening economy-wise within Iraq.  It’s a bit maddening to hear this repeated ad infinitum and ad nauseum from these posers presenting themselves as authorities on this subject, even after debunking this flawed reasoning time and time again.  It occurred to me that maybe a visual presentation would help, along with a few links.  So here it is, folks.

According to Wikipedia, the countries with the highest GDP growth in 2012 were:

Now, following the logic of dinar gurus, the growth in GDP should be reflected in the value of their currencies.  Let’s start with Libya.  After the revolution of 2011 that ended with the death of Gaddafi their economy was understandably in recession.  But it bounced back impressively in 2012 with an increase of over 100%.  What happened with the Libyan Dinar in 2012?  Did it double in value?  No.  Did it increase dramatically?  No.  In fact, it remained rather stable around 1.25 to the USD or $.80.  (Charts below were taken from www.xe.com.)

Next is Sierra Leone.  With an impressive GDP growth rate of 19.8% the gurus would have us believe that their currency the Sierra Leonean Leone saw a dramatic increase.  Not at all.  It remained fairly stable at around 4.35 to the USD or $.23.

Next is Mongolia.  12.3% is pretty good, right?  Let’s look at their currency the Mongolian Tughrik. 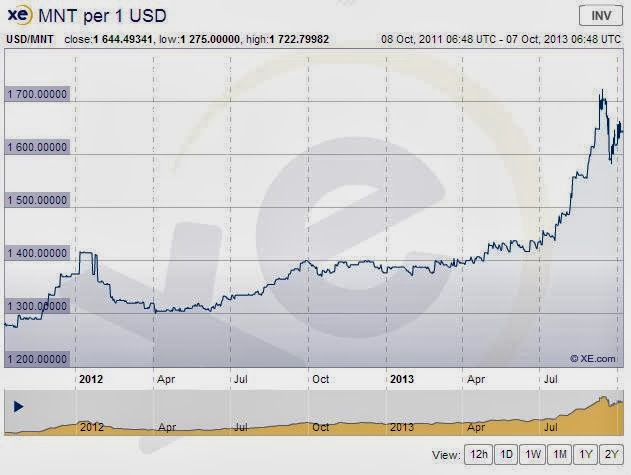 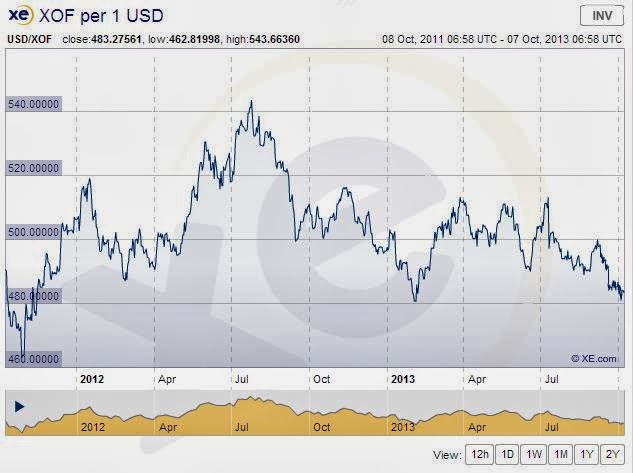 The Turks and Caicos Islands use the US dollar so obviously there’s no increase vs. the USD there.  Turkmenistan’s 11% GDP growth rate produced absolutely no increase in their currency the Manat.

The same was true for Panama’s Balboa which is pegged to the USD. 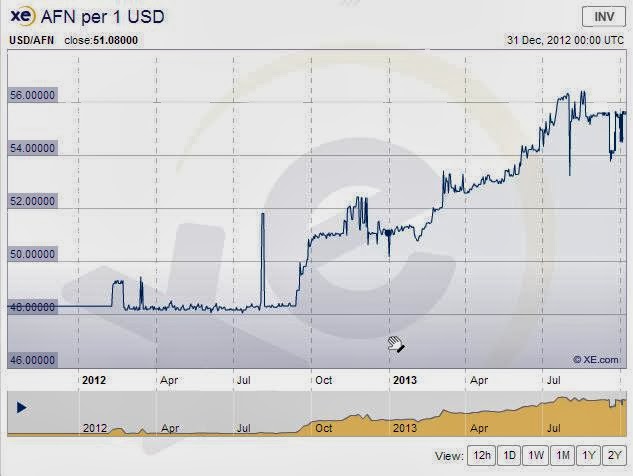 And finally, Timor-Leste (East Timor) also uses the US dollar so there’s no increase there either.

So as these charts clearly demonstrate there’s absolutely no basis for concluding that a growing economy translates into a more valuable currency.  Just for giggles I should throw Vietnam into the mix as well, since their economy has grown impressively in recent years while their currency the VND consistently loses value.

All these dipsticks who have been pumping the dong for the last four years have been 100% wrong, and anybody who bought dong on their intel has lost money.  Currency isn’t stock.  It doesn’t go up in value simply because the economy is growing.  That’s just ignorant armchair economics coming from hacks, quacks, and scammers.  Iraq’s GDP could double next year as Libya’s did and it wouldn’t mean diddly as far as the value of the IQD.  Case closed.