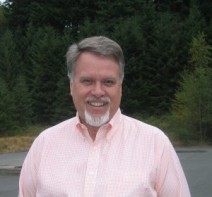 It was recently brought to my attention that Dave Schmidt, the former Washington state senator turned dinar guru, has a photo of a gold vault on his website where he says:
.
“… we are moving into the new “Golden Age” where the world’s gold will be released for a shift and change to our planet and our world.  Dave has countless photos of this gold that is beyond most people’s comprehension.  This gold has been kept hidden from the public for thousands of years and is kept in custody by “keepers” at various locations around the world.”
.
The photo accompanying the text is presumably one of those hidden gold locations that he mentioned, but it turns out that it’s actually a vault in the UK that was used as a dining hall during WWII. Seems Davie heisted the photo from a UK news site.  (Thanks to RamblerNash at Dinar Daily for pointing this out to me.)  The first photo below is a screenshot from Dave’s site, and the second photo is from a UK news article about the London vault.

Can you say “busted”?  Now, Dave might claim that he never stated that this photo was from the secret stash, but I think the implication is obvious.  Anybody reading his site and seeing that photo is going to assume that this is supposed to be a photo of one of those secret vaults.  But I’ll tell ya what Dave … shows us the real photos along with some evidence that this gold exists and I’ll drop the matter.  Introduce us to this nameless, faceless “ambassador” you’ve been talking to about the Dragon Family’s gold, along with some evidence that the Dragon Family actually exists and I’ll remove this post.  For that matter, make one prediction about something … ANYTHING … that proves that you actually have any information worth listening to and I’ll humbly apologize for all of the “nasty” things I’ve said about you.  In the meantime, you remain on my Schmidt list.

See this page for gold photos