Well hello again, everybody.  Here we are in June of 2016 and still no millionaire-creating revaluation.  No Global Currency Reset.  No prosperity packages.  No Treasury Reserve Notes.  No return to asset-backed currencies that will allow Iraq to monetize the oil in the ground.  And no termination of the Federal Reserve or replacement of the US dollar as the international reserve currency, either.  And yet there are people who stubbornly cling to hope that the myths of the RV and the GCR will become reality.
It doesn’t seem like such a long time ago, but it’s been five years since the dinar world was led to believe that the RV slated for 2010 was held up briefly and the drop dead date was the end of June, 2011.  Which brings me to something I want to share with all of you.
Dinar Daily has a regular feature called “Five Years Ago In Dinarland“, where you can see what the gurus were saying five years ago about the dinar.  It’s a real eye-opener.  Check it out.
———————————— 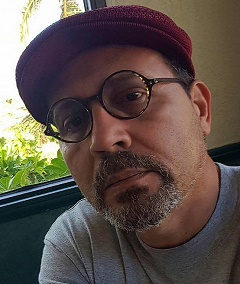 Last week I learned the name of a guru called Bluwolf that I have been trying to track down for over four years.  He is Miguel Angel Acevedo Ocasio in Arecibo, Puerto Rico.  This guy has been saying the RV is done as long as I’ve been busting gurus.  Here’s a little sample of what he was saying in 2011.
..
5-2-2011  Late last night dollar up oil down…Bin Laden last piece of the puzzle…this was the reason for silence.
5-4-2011  China stopped selling IQD today….that is confirmed from China. Banks knew a lot of info but couldn’t share much. Banker winked and says Close..VERY CLOSE
5-21-2011  my friend just called, his friend exchanged his iqd. for 3+ dollars. they gave him a receipt, to exchange in usa on tues he’s trying to get a copy of the receipt!
5-21-2011  friday 10:15 pm pst reset timer,sunday 5:15pm est revealed, monday 9:15am est seen in usa,,,,,,after 2:00pm est when all world banks are aligned anything goes. Screens are changing to green any moment now! Folks I see everything green at this hour and time! [be] EXCITED!!!!!!to the utmost…there are only 3 colors folks and yes it will go green on all bank screens first…
5-24-2011  There are 900 world banks & all are ready at this hour, there are no glitches, holdup is of political profile, spotlight issues, 72 hr thing [wait period] was already done, it’s in green so everyone is locked, loaded & ready to exchange.
5-30-2011  Seems that we are looking foward to wed. For cashin
6-9-2011  other than God, no one can stop it now…Alot of people will resign from the US economics team
6-11-2011  We will see 136 countrys come out at the same time…folks this is a big deal its not just Iraq…The imf, ust, un are all pulling in their last strings to get it all out…its happening as we speak
6-13-2011  I want to make clear it did rv on the 1st (June)…It rv internally (in country)…In country rv cannot double dip… now we wait for the international part…its a matter of 136 countrys and there alignments and this takes time… Imo today this afternoon (we can see this live on the cbi/forex)
6-15-2011  It is not in Iraqs hands anymore no matter what others say. It will just pop up on all bank screens as we speak… Period… the maliki, allawi b,,,,,s is just junk food dont go there… the gift is already here, just wait, for you shall recieve, all info so states it…any minute now. All banks are now ready just waiting to start your cashin
6-16-2011  (via Cessie & Agent007) Sources in island have informed me any minute RV. Imminent. RV today, cashin tomorrow. $x.xx bank rate. For now take as a rumor…UPDATE UPDATE UPDATE…now confirmed
6-17-2011  This thing will just appear, it (will) pop up at any instant ok so don’t break your heads who is going to say what, be prudent, we must monitor all banks to see if its ok to start cashing in…All banks worldwide are ready
6-21-2011  Iraq was promise(d) by Kuwait to be help(ed) out of capt 7, if Iraq promise(s) that it will rv alittle more or below Kuwaits actual rate… both Shabibi and Talibani vow to place Iraq to its original value before the war 3.33 no less than that.
6-22-2011  It will just pop up. Giving a date would be irresponsible of me. But rest assured, it will not go close to the 30th. Rates locked in and loaded.
6-23-2011  …all hands that have delayed this have stepped down, all will pop up now….period. My divine thoughts states it will be today…any second now…5.25 is locked in and loaded
6-25-11  right now people are speaking of cashin today, I am checking out this rumor now…Remember its a rumor until confirmed…the rv is imminent, all other matter is different and not associated with the cashin wish(which) by the way should be underway soon…it is out of Iraqs hands…relax it will be in your hands very soon
6-26-2011  Ok the forex already has reconized the dinar, thats a fact not a rumor now, which means that it is on the global scale internationally…period,,,so pending release within hours
6-28-2011  All is in order now…IMF accepted them, they went international and the RV is imminent today till thursday…the rate is 5.25 period
..
I realize that we all make mistakes, and we’ve all certainly made mistakes when it comes to the dinar.  But when you keep putting bad information out there on a regular basis day after day, week after week, month after month, and year after year with NO remorse …. well, you’re just a pumper. 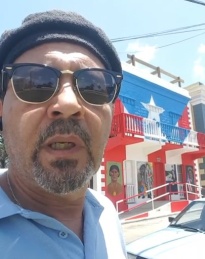 While I’d like to take credit for tracking him down on my own, the fact is he pretty much outted himself by uploading a video where he announced that the dinar is international now.  When Ssmith at Dinar Daily posted that video I went straight to his YouTube channel and started from there.  Within an hour or so we had his Facebook page, his Google+ page, and lots of other information on him.  My buddy TNTBS tagged his Facebook page and in no time bluwolf’s video was removed.  Standard procedure really, but it was too late.  From there we were able to connect “Pastor Ed” Blais who does prayer conference calls and who is often mentioned on The BIG Call, hosted by Bruce Dawson whom we also recently identified.  Here’s a map of where he was in the video.
.. 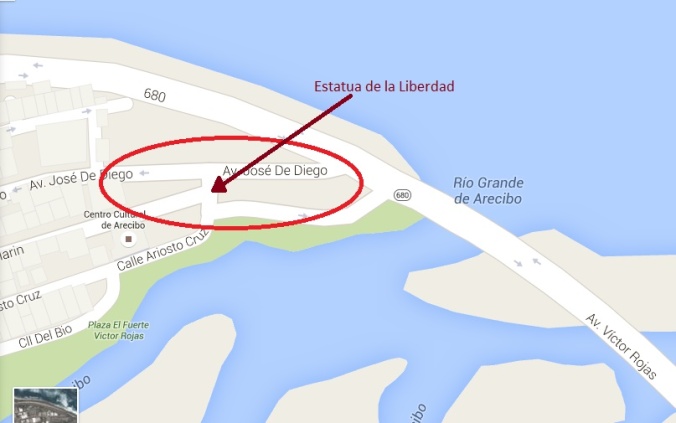