On Tuesday May 17 a caller asked Trusts Unlimited conference call host Jim George a few questions about hard currency scams like the dinar, dong, rupiah, and zim.  His responses were very telling.

First, Jim claims that his company contracted currency exchanges with a consortium in Kuwait.  He offered no explanation as to how that would have taken place or evidence that it occurred at all.  When pressed on the issue he claimed to have bought Kuwaiti dinars for 10-15 cents (again, no explanation was provided as to how he did that) and later exchanged them for the official value of about $3.40.  If everything else he said on the call sounded legit that might make this story a bit more believable.  Unfortunately it didn’t. 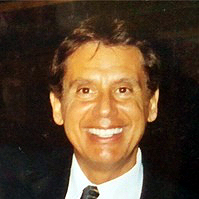 When asked about the demonetized and completely worthless Zimbabwe dollar he claimed that it would be a great payout if the zim was reintroduced into circulation in Zimbabwe.  The caller asked him if any demonetized currency in history had ever been restored and he admitted that he didn’t know of one, and that’s why he only holds a small position.  It gets worse from there.
When asked about the dong he suggested that China wants the dong revaluation to take place.  Again, no evidence of that.  This is one of those guru “forum facts” that is offered frequently on these calls with absolutely zero substantiation from any legitimate news or business publication.  The fact is Vietnam’s policy for the dong for several years has been a gradual devaluation to strengthen their position in exporting (see chart here), and that has worked quite well for them.  Their GDP has tripled over the past 10-12 years.
Next, Jim states that he also owns rupiah, the currency of Indonesia.  Currently the rupiah’s value is about $.000075, less that 1/10 of the dinar’s value.  Jim’s rationale for owning it is that Indonesia is in “that same general area”.  Huh?  That’s your criteria, that’s it’s near Vietnam?  Why not own the currencies of Thailand, Singapore, or Malaysia?  I think I know why.  There aren’t enough zeros on those currencies.

It seems clear that the pitch from people peddling hard currencies is that the more zeros they have on them, the greater the potential payoff.  Why don’t you ever hear any of these guys pushing the Russian ruble ($.015 – third largest oil producing nation), the Mexican peso ($.055 – the tenth largest oil producer in the world), the Brazilian real ($.286 – the ninth largest oil producer), or the Saudi riyal ($.27 – the second largest)?  There simply aren’t enough zeros on their currencies to sell anybody on the idea of getting rich quick from a revaluation.  Instead, they offer the Iraqi dinar at $.00086, or the rupiah with one more zero than the dinar, or the dong at $.000045, or the zim at ….. well actually it has no value but you can buy a 100 trillion note for about $70 online.

After that, the caller asks Jim about the dinar being a scam.  Jim’s response is that he feels that the sovereign nation-state of Iraq is going to survive, and in order for them to survive they need to have a viable currency.  He doesn’t define “viable” for us, but the implication is obvious.  The fact is, many countries are doing quite well with a currency that holds a low value compared to the US dollar.  I already mentioned Vietnam, but I could also mention South Korea (15th largest economy in the world) whose currency is valued about the same as Iraq’s.  China is the world’s second largest economy and their currency is worth about 15 cents.  Japan is the world’s third largest economy and the yen is worth about a penny.  Any suggestion that Iraq’s economy is being held back by their currency’s value is hogwash and unsupported by any real facts.  Iraq’s economy is being held back by Iraq.  Sectarian division, a history of war and tyranny, a terrorist organization occupying roughly a third of their country, a poor infrastructure, an economy based 90% on oil revenues with little diversity, and widespread political corruption are much more to blame than the value of the currency.
When the caller then asks Jim how the situation in Iraq is similar to what happened in Kuwait, stating that the Kuwaiti situation occurred in a total of about six months (and Iraq was liberated over twelve years ago), Jim states that from the time the Iraqis invaded Kuwait until they were kicked out was about 18 months.  According to Wikipedia the caller was much closer on this one.  It lasted from 2 August 1990 – 28 February 1991, or 6 months, 3 weeks and 5 days.  In Jim’s response he claims that the two situations were similar in that both countries were invaded.  (Kuwait was invaded by Iraq over a border dispute and the invading forces were removed six months later.  Iraq was invaded by a coalition based on Saddam Hussein’s unwillingness to honor his agreement to submit to inspections, and coalition forces remained for eight years and are still there today as advisors.)  How that is relevant I have no idea.  He then says that the IMF de-pegged Iraq’s currency and then devalued it.  Actually, the dinar’s value declined in the 1980s to the point that the zeros were added.  Shabibi himself stated this when he was in Washington in 2011 (start at 5 minutes in).  All you have to do is go to the CBI website and go to the history page and you’ll see that the dinar was valued at 3000 to the dollar as far back as 1995, eight years before Saddam was overthrown.  The IMF had nothing to do with devaluing the dinar.
Jim then claims that the US holds 4 trillion dinar (again, no evidence).  The caller then informs Jim that court documents show that the US isn’t holding dinar (not for investment purposes anyway … that was in point 15 page 5 in the DOJ document regarding the dinar fraud case against the BH Group back in 2013).  Jim recounts the story of a secret agreement from the Bush era.  (Bush has been gone for over seven years, guy.  And this agreement was supposedly from 2003!  Come on!!!)
Jim then states that the petrodollar is disappearing, and Iraq is the one place where you still have to buy oil in US dollars.  In fact, very few nations have attempted to venture away from the petrodollar system.  Iraq is the rule, not the exception to the rule.
The misinformation and/or disinformation provided in this call (Jim also talked about prosperity packages and claimed that we’re moving toward asset backed currencies) should be sufficient to stop any prospective client dead in their tracks, but this is hardly the only trust procurement company spreading such manure.  They all do it.  A few weeks ago I wrote about Adam Montana and Frank Buck doing this back in 2010, and it’s been going on ever since.  Maybe it’s time we turned our attention away from the revaluation scammers and instead focused on the “buy our stuff before the RV” guys.  Yeah, I think we probably should.