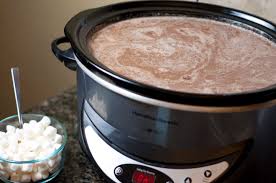 Sometimes it seems as though everyone lies. I would like to write about this with a wider topic margin but for now I want to focus on currencies, gold, and silver. There is something called a half lie. A half lie is a distortion of truth. Sometimes it is a part of the truth left untold. This causes you to draw certain conclusions. Mixing truth with a lie makes the lie seem more plausible and believable.

With that in mind I would like to take some time and talk about gold and silver and how this relates to the dinar. Dinar gurus seem to be taking a page from certain gold and silver bugs in an effort to prove that the currency is going to revalue soon. The video below is made by people I respect. Mike Maloney did a great job explaining how the system works. I think everyone should see his work. I start with Video 4 because it explains how the system works. Everything he says is accurate.

Even though Mr. Maloney revealed the system there are some things he left out. This is a complicated system to understand and people go to Universities for years just to get a basic understanding. Some of this stuff may be addressed in some of his other videos but I will still share a few things in an attempt to provide deeper meaning. You would reach certain conclusions unless you knew the truth. Now I will take some time and explain some of the things left unsaid.

The Federal Reserve Bank of New York holds 540,000 Gold bars alone. This is not counting the other locations. In fact, the United States has 8,133.5 tons of gold to back their currency. That means that 70.6 percent of U.S, currency is backed by gold alone. bonds make up the rest. The U.S. has the most gold to back their currency. It does not belong to the Federal Reserve, it belongs to the U.S!

Check these links for further proof

Increasing the money supply is not the only cause of inflation! There are other causes of inflation. If it cost more to produce goods or services then the price of those goods and services are passed on to consumers. An example of this can be found in the cost of fuel. When oil prices went up in 2008 to about 149.00 a barrel the result was higher gas prices. That in turn resulted in higher food prices because it cost more to bring those goods to market. The cost was passed on to consumers and we had a decrease in the purchasing power of the dollar which was sustained for quite a while. This is in spite of the fact that huge amounts of debt was erased from the books thus causing a decrease in the global dollar supply.

Another cause of inflation is supply and demand. When demand for goods rise and supply cannot keep up, that causes inflation. An example of this can be found in 2003 through 2007. The cost of housing skyrocketed due to increased demand. Laws were passed to allow anyone the ability to buy a house. Mix that with predatory lending and the end result was a big increase in the demand for housing. The market expanded greatly during this time. After the 2008 meltdown, demand for housing dropped and so did the price of housing.

It is true that there was a housing bubble and that was attributed to the problems in the industry. Never the less, that bubble caused an increased demand for housing which forced the prices up and builders could not build them fast enough. The materials used to build those houses also went up in cost and that was passed on to the consumer.

3. It was said in this video that the founding fathers made sure that gold and silver was the only thing that could be used for money. They put it in the constitution because they knew the dangers that are involved with a central bank.

First and foremost the founding fathers actually did write that in the constitution, but it was not because they knew of the dangers that are involved when a central bank is thrown into the mix. America has had 2 central banks before the Federal Reserve. Our first bank was actually signed into law by George Washington himself! It had a 20 year charter. After it expired the charter was not renewed. After the war of 1812 America started another central bank to help finance and pay for the war. The same politicians that would not renew the charter of the first central bank started this one because of the debt America accumulated as a result of the war.

Check out these links for further proof

So how does all this relate to the dinar?

This relates to the dinar because gurus are copying the points that gold and silver salesmen make and they are using those points as the reason why the currency must revalue. It is Amazing how close some of their arguments are! This is why I wrote the book called The Truth About The Coming Global Currency Reset. The purpose of this book is to expose all the hype and to tell you what is really happening with the GCR. All of the above information including the information found in mikes video can be found in that book.

In the end Mike Maloney is right about a lot of things. I may not agree with absolutely everything in his presentation, but he has a great way of showing you how the current system really works. He exposes it for what it truly is! I respect his work and I like his videos. I am not a big fan of the Federal Reserve and some fundamental changes are desperately needed.

If you want even more details get my book. The Truth About The Coming Global Currency reset is available at your local eBook retailer. It is Available on iBooks and Amazon